What Is a Feral Cat?

A feral cat is one that grows up in the wild, or a tame cat that has been lost or abandoned and turned to wild ways in order to survive. A life of a feral cat is not an easy one. They find refuge anywhere they can-in an abandoned building, deserted car, dry irrigation pipe, even digging into dirt to keep warm in the winter cold or cool in the summer heat. Ferals scavenge for food eating rodents, small animals and eating out of dumpsters.
What is the Difference Between a Feral and Stray Cat?

What is the Difference Between a Feral and Stray Cat?

A stray is a pet cat that has been abandoned or is lost, whereas a feral cat that grows up in the wild or has turned wild to survive. A stray cat is very comfortable around humans, while feral cats are fearful and keep their distance from humans. Stray cats often purr and meow, and even rub up against human legs whereas a feral will run quickly for cover if a human approaches. Stray cats will make their home near humans- in garages, under decks and doorways, while a feral cat finds security away from humans. A stray cat depends on humans for food while a feral cat will fend for itself. Bottom line, stray cats are attracted to humans, feral cats are afraid of them.

What Happens to Feral Cats Taken to Shelters?

Feral cats are not adoptable, therefore when taken to a shelter they are generally euthanized.

Why are there Feral Cats? Where do They Come From?

Feral cats are the offspring of abandoned or lost pet cats or other feral cats who are not spayed or neutered. Females can reproduce two to three times a year, and their kittens, if they survive, will become feral without early contact with people. Cats can become pregnant as early as 4 months of age, and the number of cats rapidly increases without intervention by caring people.

What Is the Average Lifespan of a Feral Cat?

More then half of the feral kittens are likely to die without human intervention. If a feral cat survives kitten-hood, his average lifespan is less than two years if living on his own. If a cat is lucky enough to be in a colony that has a caretaker, he may reach 10 years.

What is a Cat Colony?

A cat colony is a group of feral cats (typically related) that live in close proximity to each other. The colony occupies and defends a specific territory where food and shelter are available.

What is Trap-Neuter-Return (TNR)?

TNR is the method of humanely trapping feral cats, having them spayed or neutered and vaccinated against rabies, and then returning them to their colony to live out their lives. TNR also involves a colony caretaker who provides food, water and adequate shelter and monitors the cats’ health. TNR has been shown to be the least costly, as well as the most efficient and humane way of stabilizing feral cat populations.

Trap-Neuter-Return relieves cats of the constant stresses of mating and pregnancy. Mating behaviors cease, like roaming, yowling, spraying, and fighting. Cat’s physical health improves. Spayed cats are less likely to develop breast cancer and will not be at risk to get ovarian or uterine cancer. Neutered cats will not get testicular cancer. Neutering males, reduces the risk of injury and infection from fighting. Cats may live long, healthy lives!

When feral cats are trapped-neutered-returned to their territory (TRN), they no longer reproduce. Ending sexual activity, eliminates the noise associated with mating behavior and drastically reduces fighting and the noise it causes. Neutered feral cats also roam much less and are less apt to be in streets posing a danger to traffic. Foul odors are greatly reduced as well because neutered male cats no longer produce testosterone which, when they are unaltered, mixes with their urine and causes the strong, pungent smell of their spraying. When the colony is then monitored by a caretaker who removes and/or TNRs any newly arrived cats, the population stabilizes and gradually declines over time. Less money spent by animal control.

What Is a Colony Caretaker?

A colony caretaker is one or more individuals that care for a group (typically related) of feral cats. The caretaker keeps an eye on the cats, providing food, water, shelter, spaying/neutering and emergency medical care.

What is Ear-Tipping and Why Is It Important?

Ear-tipping is the humane surgical removal of the top 1/4 inch of the left ear (some areas may tip the right ear) by a licensed veterinarian. It is completely safe and rarely requires any after care. Ear-tipping is a universal means of marking a feral cat that has been fixed. Ear-tipping is very important as it prevents an already spay/neutered feral cat the stress of re-trapping and unnecessary surgery.

Does Removal of Feral Cats from a Location Reduce Their Numbers?

Killing or catching and removing feral cats from a location may temporarily reduce the number of feral cats in a given area, but two things happen: intact survivors continue to breed, and other cats move in to the now-available territory. This is a phenomenon known as the vacuum effect, and it is documented worldwide.

If all the cats in a colony are not trapped, then the ones left behind tend to have more kittens. In addition, more kittens will survive because there are fewer cats competing for the available food. The population will continue to increase until the level that can be supported by the available food and shelter is reached.

What Happens When All Feral Cats are Removed From a Location?

There are many reasons why feral cat problems are rarely solved by efforts to trap and remove them. Feral cats live at a certain location because a food source and shelter are near. If a colony is removed, some feral cats from surrounding colonies may move in to take advantage of the newly available resources. The cycle of reproduction begins all over again if all the cats in a colony are not trapped. The ones left behind tend to have more kittens. In addition, more kittens will survive because there are fewer cats competing for the available food. The population will continue to increase until the level that can be supported by the available food and shelter is reached. This is a phenomenon known as the vacuum effect, and it is documented worldwide.

What Is Relocation and Why Doesn’t It Work?

Many communities have rounded up colonies of feral cats either for euthanasia or to relocate them to another area. This never works. Feral cats in the colony are all related and are very connected with their territory. They are familiar with their territories- food sources, shelter, resident wildlife, other cats in the area and potential threats to their safety-all things that help them survive. Relocation of feral cat colonies is very difficult, and almost impossible to catch/ trap all the cats. It only takes one female and one male to begin reproducing again. Since a food source exists, new cats will also move in and the colony will start to grow again.

Is Relocation Ever an Option?

Cats are territorial animals and form strong bonds with the location they inhabit. A food source exists in the area and the cats are acclimated to local conditions. Relocating feral cats is a difficult, time-consuming, and challenging undertaking. A far better course of action is to resolve, if possible, the problems that are forcing the cats out of their established home. Many solutions exist for common complaints stemming from cat behavior. Only after you have exhausted all possibilities should you consider relocation. Moving a colony of feral cats—and convincing them to stay—is a complex process involving specific procedures, starting with finding a suitable new habitat or location, that must be followed without shortcuts if you want the cats to remain at the relocation site.

While feral cats do kill some birds, they prefer to kill rodents. Other issues, such as the decline of natural habitat and use of pesticides, have a greater negative impact on bird populations.

How Can I Keep Feral Cats Out of My Yard?

Whether feral cats are roaming your yard, digging up your garden, rooting through your trash or making a home under your porch, there are several types of harmless cat repellents available to help. From sprays and motion-activated sprinklers to ultrasonic animal repellents, these quick and easy solutions, coupled with TNR and ongoing management, can help you coexist with your neighborhood cats! Just make sure your product of choice is nontoxic to animals.

Can I Tame a Feral Cat?

A feral cat might look exactly like a pet cat, but don’t be fooled. Feral cats survive by avoiding human interaction. When properly cared for, feral cats are happier outdoors in their own territory and are able to exhibit their natural behaviors. The best care for feral cats is TNR and a diligent caregiver. Be prepared for a challenge if taming a feral cat, remember they grew up in the wild. There are so many adoptable domestic cats and kittens who are truly happy inside, consider adopting one of them.

There are no upcoming events at this time. 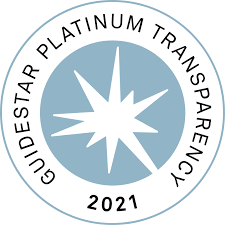